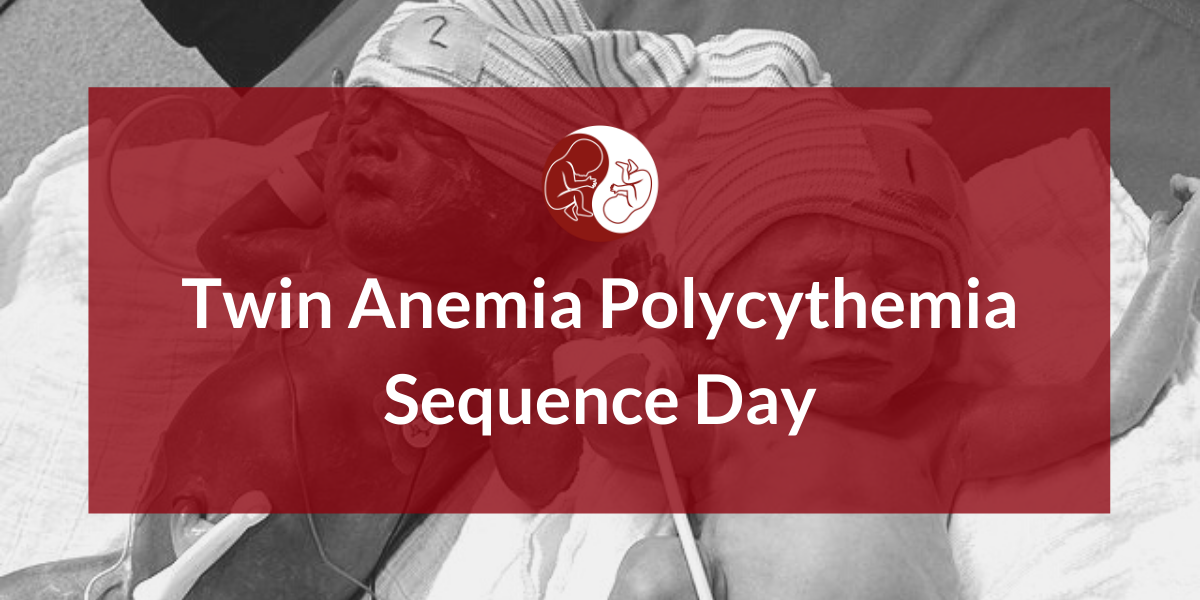 2021 marks 15 years since the paper that described Post-Laser TAPS and the paper which named TAPS were published.  So we’ve decided to celebrate on March 3, 2021, and recognize Twin Anemia Polycythemia Sequence (TAPS) Day.

While research into TAPS has been ongoing for years, with papers dating back to mid last century describing TAPS-like cases, and historical depictions, it is vitally important to recognize the date that we finally got a name for this disease.

“TAPS research has evolved so much in the past 15 years. We now know how and when to screen with MCA dopplers. We also know more about the other signs and that it is vital to look for those.  It’s also essential that we recognize the short and long-term effects of post-laser TAPS and spontaneous TAPS. Research is evolving continuously, and we need to raise the awareness of staying up to date with the latest findings. Twin Anemia Polycythemia Sequence Day is about recognizing the evolution of TAPS research and raising awareness.  ”

The primary focus of March 3 is to recognize research into Twin Anemia Polycythemia Sequence, as well as TAPS researchers across the world, and the medical teams that provide support to TAPS families before, during, and after a diagnosis. This vital work means our families are supported from diagnosis to delivery and beyond.

There is a need to make people aware of the existing clinical trials into treatments for TAPS as well.

We also recognize the need for continuing TAPS research and identify the up and coming researchers in the field.

Everyone talks about the need for MCA dopplers – and we agree. MCA dopplers using the new TAPS staging system have a high success rate for detecting antenatal TAPS.  But MCA dopplers are just a small part of a TAPS diagnosis.

It’s important to discuss the other signs of TAPS as well – as around 86% of TAPS cases will present with one or more of these symptoms.

It is equally important to talk about the long and short term effects of TAPS, both spontaneous and post-laser.  Specific follow-up testing is needed for both forms of TAPS.

There is a strong need to continue long term follow-ups in TAPS cases to monitor for signs of developmental delays, so that early intervention can be made. It is vital to do hearing testing for spontaneous TAPS donors. Missing the window of early intervention means there is an increased risk of speech delays.

There is a real need worldwide to open the conversation about Twin Anemia Polycythemia Sequence.  No longer “just a form of TTTS,” but a real disease, with real treatment options and a tangible impact on the families of those affected.

We struggle for recognition for our disease, meaning that often vital screening is missed or dismissed due to outdated guidelines, a plethora of myths,  and a lack of recognition in the medical community. March 3 is an opportunity for us to open the conversation about TAPS and create meaningful, worldwide dialogues.

What You Can Do

Throughout February and leading up to March 3, we’ll be talking about all these points and more.  From sharing research papers to interviews, videos, infographics, we will be working on raising awareness of TAPS.

We’ve outlined in this blog post ways you can contribute, but we’ve also included the following resources for you to use, just to make things easier.

We’ve also made you some handy social media images. Change your header image, share a meme or an infographic.

Need ideas for social posts? We have some suggestions and hashtags for you here!

Use #TAPSisReal when you’re on social media. We’ve also included a handy list of other hashtags that we’ll be using here along with some social media posts you might find handy.

The TAPS Support Foundation commits to raising awareness of Twin Anemia Polycythemia Sequence and its complications and supporting research into TAPS.  Our commitment is to help families diagnosed with TAPS by providing a supportive community and access to the research to help them advocate for care.

Twin Anemia Polycythemia (TAPS) Day creates a meaningful and TAPS-centric day, where we can recognize the unique challenges families face and acknowledge the contributions and dedication of TAPS researchers across the world.

15 years and more of research into TAPS mean it’s time to start taking it seriously.