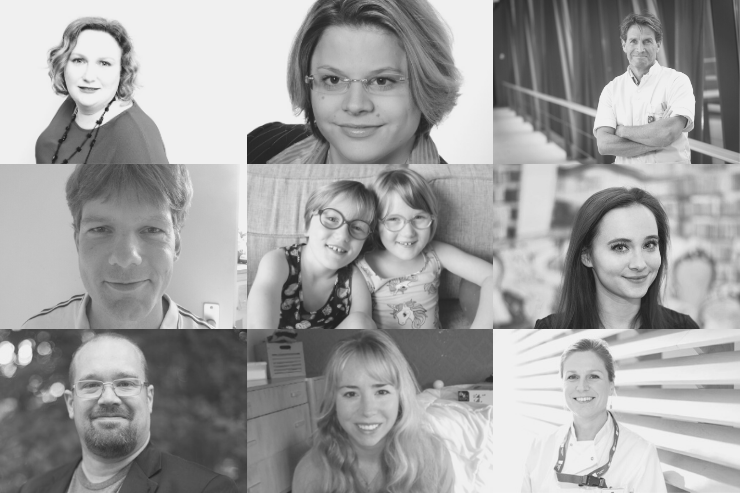 Meet the team behind the TAPS Support Foundation here. From diverse backgrounds, we’re united in helping to bring TAPS research to the forefront and helping families connect.

A regular dad keeping his mission in mind, Marius brings a grounding force to the energy of the TAPS Support Team.

Katie as she’s affectionately known, is passionate about a patient’s right to information about their care and access to research. She brings her research and front line care experience to TAPS Support to help support parents.

Dr. Lopriore is a professor of neonatology and fetal medicine and head of the Neonatal Intensive Care Unit at the Leiden University Medical Center (LUMC). His area of expertise is in various fetal disorders, including complicated monochorionic twins with TTTS, TAPS and SIUGR

Passionate about research into TAPS, Lisanne has been completing her PhD within the LUMC.  She has been part of the TAPS Trial, and collaborated with 16 fetal therapy centres to analyze the data from the TAPS Registry.  Her research into delta MCA-PSV and the long term effects of TAPS is vital for families.

Lauren is a professor at D’Youville College in Buffalo, NY. Her research focuses on monochorionic twinning, particularly the quality and quantity of antenatal care monochorionic patients receive and factors influencing disparities.

With intensive research and publications on the Solomon Laser Technique and TAPS, Femke is part of the Fetal Therapy Team at the LUMC in Leiden.  As an obstetrician and fetal therapist she is passionate about identical twins and improving their lives.

As well as being a magician with SEO and website building and creation, Jay brings his skills as a photographer and designer. Jay designed our amazing logo. He brings his years of technical and creative experience and provides our team with advice on inclusive language and practices.

Born at 31 weeks in 2013, at the LUMC, Emilie and Mathilde are the inspiration behind TAPS Support. Their story shows that TAPS can be a challenge, but that it can also be a success story. They are recognized internationally as being the face of TAPS. Their biggest priority is who gets the last cookie and which K3 song should be played next.

Want to work with us?