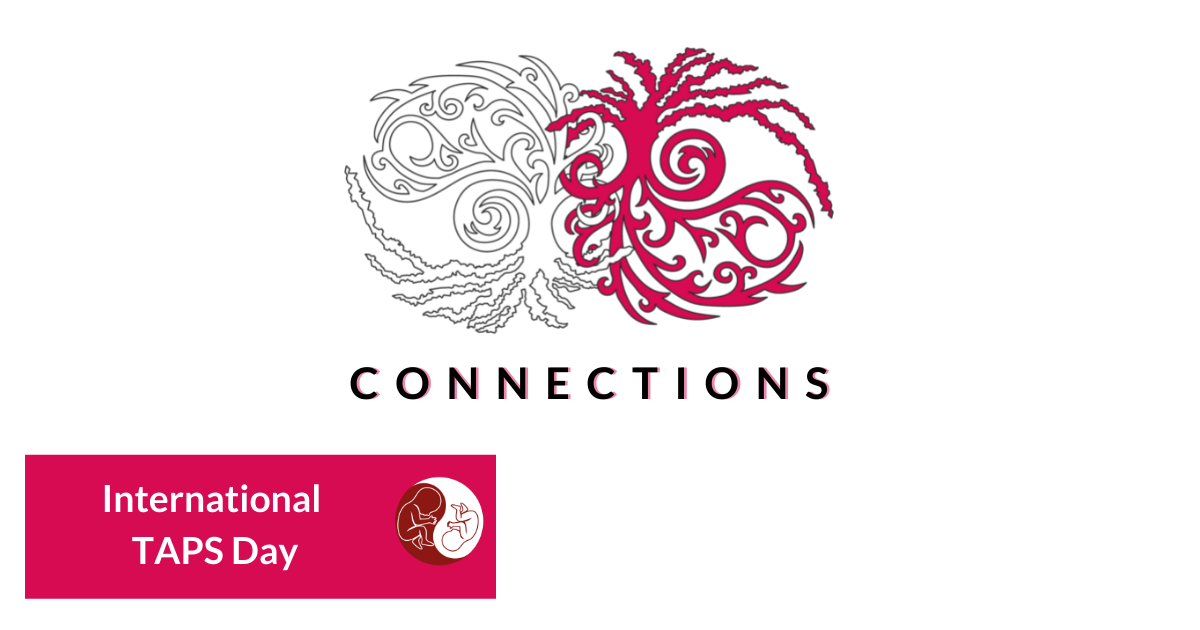 In 2021, we celebrated the first official International TAPS Day. In 2022, we’re celebrating again, this time with a new theme – Connections.

We recognize March 3rd as International TAPS Day because this was the day that our disease got a name, back in 2006. Within days of each other, 2 papers were published – on March 1, Robyrr et al published this paper describing a unique complication of TTTS laser surgery, where tiny connections were missed or not sealed completely.

Then on March 3rd, a second paper, describing spontaneous TAPS was published by Lopriore et al. This paper described tiny connections in the placenta that caused polycythemia and anemia in twins sharing a placenta. From this paper, Twin Anemia Polycythemia Sequence got its name, and from the tiny connections in the placenta, we were inspired by our theme.

In 2021, we celebrated the first official International Twin Anemia Polycythemia Sequence (TAPS) Day, and it was recognized across the globe. The theme was “15 Years of TAPS Research.“

“TAPS research has evolved so much in the past 15 years. We now know how and when to screen with MCA dopplers. We also know more about the other signs and that it is vital to look for those.  It’s also essential that we recognize the short and long-term effects of post-laser TAPS and spontaneous TAPS. Research is evolving continuously, and we need to raise the awareness of staying up to date with the latest findings. Twin Anemia Polycythemia Sequence Day is about recognizing the evolution of TAPS research and raising awareness.  ”